Passport, When to Renew?

Moch. Ferry Dwi Cahyono May 18, 2021 0 Comments
Passport, When to Renew?
Every legal document issued by the competent authority of a country containing the identity of the holder, is valid when traveling between countries called a passport. It contains the owner's biodata including the identity of the holder's photo, signature, place and date of birth, national information in addition to other information regarding individual identification. Passports are generally for international travel because they must be presented when entering the borders of a country.
In addition, other countries also issue e-passports or electronic passports. E-passports are a development of conventional passports. The passport is implanted with a chip containing the holder's bio and biometric data, the goal is that the passport holder is that person.
Of course, the legal identity has a tenure of time ownership, so it needs to be extended. Then the following is an explanation of the requirements for an extension if it runs out, including: First, you have to get a queue number on the official immigration website via the https://antrian.imigration.go.id/ website or download the immigration application on the Play Store and Apple Store.
Registration for a passport extension does not need to queue at the immigration office. We can also contact him via Whatsapp. Just type in the format of the queue number in the form of: # Name # Date of Birth # Date of Arrival and send it to the number of the immigration office in a district / city. Meanwhile, the Central Jakarta immigration office number can contact 081299004406, Tangerang 08118119000, Bogor 08111100333, and Batam 082288862017.
Types of Passports in Indonesia
For those of you who already have or don't have a passport, do you already know the types of passports in Indonesia.
Types of Passports in Indonesia
For those of you who already have or don't have a passport, do you already know the types of passports in Indonesia. The following are various types of passports in Indonesia. First, ordinary public passports with green covers: Typically, passports made and owned by Indonesians to travel abroad are divided into 4 types, namely 24-page ordinary passports, 48-page ordinary passports, 24-page electronic ordinary passports, and finally the second 48-page electronic ordinary passports. , service passport with a blue cover. This passport is specifically for State Civil Servants and government consultants who wish to travel overseas. The third blackback diplomatic passport is a special passport for a person traveling on a diplomatic basis.
The validity period of ordinary passports generally used by Indonesians is five (5) years. It's just that, when the Government Regulation Number 51 of 2020 has been published, it regulates the validity period of an ordinary passport for a maximum of ten (10) years, even though the ten (10) year rule will later apply, it does not mean delaying processing of passport extension or replacement of the new passport.
Next, first know what the use of a passport is, first having a passport is an absolute requirement for those of you who want to travel abroad. A passport is a travel document issued by the immigration office. A passport is also different from a visa which is a person's entry permit into a certain country. The Indonesian passport itself contains 24 or 48 pages, which are currently also available e-passports. In general, Indonesian passports are valid for the whole world.
Passport Extension Requirements and Procedures for Its Management
Is your passport expiring soon? If so, you have to take care of it before it's too late because the requirements for extending your passport are quite easy.
The validity period of a passport in Indonesia which is commonly used by the public is 5 years. However, currently Government Regulation Number 51 of 2020 has been issued which regulates the validity of ordinary passports to be 10 years at the longest.
Even though the new passport rules apply, you should not delay processing your passport extension. It's a good idea if you do and prepare for the requirement to extend your passport 6 months before the passport expires.
To take care of the process for the passport extension requirements is quite easy, but before going there it is better if you know in advance the following passport extension requirements.
First, take the queue online via the Immigration Queue on the official website of the Director General of Immigration (https://antrian.imigration.go.id). You can also use the Online Passport Queue Registration Application (Apapo) which can be downloaded on the PlayStore with an Android smartphone. Second, come to the Office of the Directorate General of Immigration on the day and time that has been filled in with the queue number. Third, bring some requirements for changing passports, namely e-KTP and photocopies or a certificate in process for those who do not have an old e-KTP and passport. After the requirements are complete, come to the counter to retrieve the data application. This application must be filled in and attached with the requirements that have been delivered. Fifth, submit the application form to the officer. Applicants will be given a receipt and payment code if the requirements are declared complete. Sixth, the applicant will be fingerprinted and photographed according to the schedule stated on the receipt and followed by a verification interview. Finally, the officer will tell you when the passport can be taken.
Passport Extension Fee
The fee to be charged for a passport replacement is IDR 355,000 for a 48-page ordinary passport. While a 48-page electronic passport, you will be charged IDR 655,000. Those are the conditions for extending your passport and the procedure for managing it. These are the methods, costs, and conditions for extending your passport that you need to know.
Tags
berita
Related Article 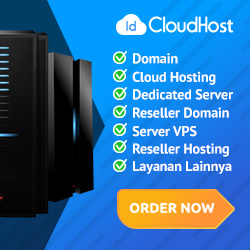 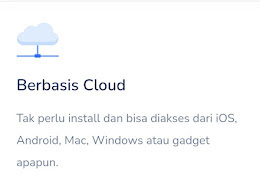